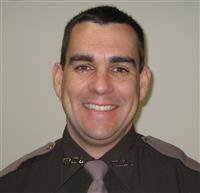 Lewis County Sheriff’s Deputy Stephen “Mike” Gallagher was gravely injured on Monday evening August 17, 2009, while responding to assist another deputy with a domestic violence 911 call. Deputy Gallagher’s patrol vehicle struck an elk on US Highway 12, near mile post 130, just outside of Packwood, WA. Deputy Gallagher was airlifted to Harborview Medical Center in Seattle where he succumbed to his injuries on Tuesday evening August 18, 2009.

Deputy Gallagher was 34 years old and resided in Adna with his wife and two young children. He was employed by the Sheriff’s Office for the past six years. He was hired as a Corrections Officer in July of 2003 and worked in the Lewis County Jail until he was hired as a Deputy Sheriff in September of 2007. He graduated from the Basic Law Enforcement Academy in January of 2008.

Deputy Gallagher was also a United States Army veteran, having served eight years in the military. He served in "Uphold Democracy" Haiti, and "Joint Guardian" Kosovo as a Staff Sergeant and Squad Leader.

On October 15, 1985, at about 0046 hours, while on the track of a suspect fleeing from a burglary of a local high school, K-9 Ward died as a result of a single stab wound to the chest. An 18 year old suspect was apprehended one hour later in the area armed with a handgun and a knife. Ward, handled by Deputy John McCroskey, was a five year old German Shepherd and had been with the Sheriff's Office for about ten months.

Deputy Snider suffered a fatal heart attack after struggling with an inmate at the jail. He had responded to assist another deputy who was being assaulted by the inmate.

Deputy Runke was attacked in the Lewis County Jail while passing out dinner. Three inmates assaulted him with a broom handle and hot coffee. He succumbed to his injuries a couple months later. 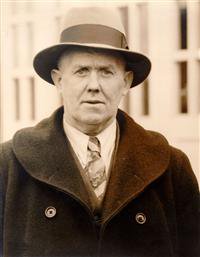 For more information, click below on the History Link made possible by the Washington State Department of Archeology and Historic Preservation.

Deputy Haney was shot and killed after being deputized to assist with the arrest of protesters who had shot and killed four soldiers who were participating in the Armistice Day Parade four days earlier. The posse had pursued the men into a wooded area but were fired upon by the suspects. Deputy Haney was struck twice and killed. Eight of the nine suspects served prison terms before being released in the 1930's. One suspect was lynched.

Officer William Smith was struck and killed by a freight train while standing on a crossing. He was watching two southbound trains when he was struck by a train that was backing up on the track he was on.